Are your kids’ bedrooms looking a little crazy?  They can tend to do that!  Read on for my tips for kids bedroom organization and how to get your kids to keep their rooms organized.

We do a good deep cleaning and organization in their rooms once a year, and then we do a little reorganization from time-to-time as needed.  But I find that when you take the time to organize really well and label things, it makes life easier throughout the year.  When each item has a place and your kids know where that place is, they SHOULD be able to tidy up with no problem.

Organizing kids bedrooms is on my yearly Deep Cleaning Schedule for November.  I have two kids – Jackson (6) and Jase (3) – and we organize one of their rooms at a time at some point before the holidays.  That way it’s decluttered and there’s room for any new toys or clothes get.  We go through and organize their clothes, toys, books, and finally finish any other cleaning that needs to be done in their room.

I organize my boys’ clothes the same way I do my own (you can read about how I organized my master bedroom here) – first their dresser clothes and then their closet clothes.

To organize the clothes in your kids’ dressers, go drawer-by-drawer.  Take everything out of the drawer.  Use your dusting spray (I use my homemade spray made of water, white distilled vinegar, fractionated coconut oil and essential oils) and a microfiber cloth to wipe down the inside and outside of the drawer.

Before you put the clothes back in the drawer, declutter.  Put in a pile any clothes that are too worn out, too small, or other clothes your child no longer wears.  I like organizing my kids’ rooms in November because both of their birthdays are in February, and they’re starting to outgrow their current size and are ready to go up a size.

Go ahead and take out clothes that no longer fit.  You can follow my Deep Cleaning Schedule for Your Whole Home and organize your kids’ rooms when I do, around your kids’ birthdays, or anytime you want.

Next it’s time to put the clothes back in the drawers.  I recommend folding the clothes and standing them up vertically like in these photos.  This is the method Marie Kondo recommends in her book The Life-Changing Magic of Tidying Up.  I used this method a little bit before, but got fired up after reading her book.

I went through and refolded everything, and I’m loving it.  It makes it so much easier to find what you’re looking for.  All you do is fold each item of clothing so that it’s the same height as the drawer.  For the shorts, I folded them in half (one leg over the other leg) and then folded them in half again (top to bottom).

Watch this video to see exactly how to fold your clothes the KonMari way.

Make sure to arrange them in the drawers with like items.  Each of my boys have a drawer for their underwear, one for socks, one for pajamas, one for shorts, and two for pants (one dressier and one more casual).

The shirts and jackets get hung up in the closets.  I go through almost the same process I used to organize their clothes in the dresser.

Start by decluttering.  Go through and look for any clothes that are too worn out, too small, or they just no longer wear.  Since it’s currently almost winter, we moved their short sleeved shirts to the top rack and moved the long sleeved shirts to the bottom.  Jackson also has his school uniform shirts on the bottom rack.  Both my kids pick out their own outfits each day, so it’s important to have their clothes that they need within reach.

I declutter their shoes as well, and arrange them in groups with similar shoes:  slippers, flip-flops, sandals, boots, casual/school shoes, and athletic shoes.

The next part of your kids bedroom organization is their toys!  This is the part that for us takes a little longer.  I definitely enlist my boys’ help for their toy organization.

My oldest son, Jackson, has a little more trouble in the tidying department.  He’s like a squirrel and likes to hide stuff in corners of his room or under his bed and dresser.  We had an actual toy box in his closet, but that was a DISASTER.  He would throw his toys in it and, of course, could never find what he wanted to play with.  There were Nerf bullets all throughout the big toy box.  So it was time for a new solution.

I recently bought this “veggie bin” toy organize and am loving it!

So here’s how I organize the mess of toys:

Put All Toys in a Pile

Before the mess gets better, it does get worse.  I have my boys help me take all the toys out of their toy boxes and bins and place them in a big pile on the floor.  I have Jackson remove everything that’s “hiding” in his room.

Then, I take my dusting spray and microfiber cloth and wipe down the toy boxes and bins.

First off, I have the boys throw away any trash they can find.  Then, they look through the mess and decide on any toys that they no longer want to keep and want to give to another kid that will play with it.  We put these toys in bags and set aside for now.  There will mostly likely be more to add later.  But we go ahead and get some things out of the way.

Next, we start putting their toys away in groups with similar items.  I give them one mission at a time, like “Find all the Nerf bullets and put them in this bag,” while I sort out other toys.

In Jackson’s organizer we organized his toys like this:

I labeled each bin in his organizer to help him remember where toys need to go when is done playing with them.  I’ll label my youngest son’s when he can read too.

We made sure that as we were putting toys away into the containers with like items that we only put away things they wanted.  If we came across more things that they no longer wanted, they went in the bag of things to give away or sell.

Remind your kiddos that Christmas is coming soon, and they have to make room for new toys they might receive.  Some other boys or girls would love to play with the toys that don’t get played with much.

Like I said earlier, it helps your child remember where things go when you label the organizers.  If your child can read, label with words, if not, you can use picture labels.

The way you organize books should kind of depend on the child.  Jackson’s books I organized by genre, because he’s older and knows what genre books belong to.  Jase, on the other hand, does not.

For Jases’s books I just organize the regular reading books by height and then have a separate section for coloring books and a section for puzzles.

*Update – I’ve changed the way I organized the kids’ books, and I’m liking it so much more!  Check out our updated kids bedroom organization here:

Clean the Rest of the Room

After everything has been put away neatly, it’s time to clean the rest of the kids’ bedrooms.  If you’ve been following my Deep Cleaning Schedule for Your Whole Home, you’ve most likely already done these things.  If not go ahead and do them now.

Even if you did do these deep cleaning jobs already this year, some may need a little touching up.  I wiped down any spots I saw on the walls or doors, and I washed all the bedding again.

Getting Your Kids to Keep Their Rooms Organized

I have a whole post about kids’ chores here, but I believe most kids 1+ can at least help to pick up their rooms.  Once you’ve spent all this time organizing your kids’ rooms, you definitely want them to keep them that way.  Because who wants to spend the time to reorganize several times a year?!

Here are some tips for that:

I hope these kids bedroom organization tips were helpful to you.  Let me know how the organizing goes in your kids’ bedrooms.

Watch the videos below to see how I clean and organize my kids’ bedrooms and how I get them involved in the process!

Who knew that a little nose ring could cause so ma

Celebrated my birthday today doing some of my favo

Shrimp Pad Thai is a favorite of mine, and this on

What are you choosing to feed - health and longevi

Have your kids started back to school yet? If so,

I’ve been making my own homemade body butter for

I just got my bonus room organization done and did 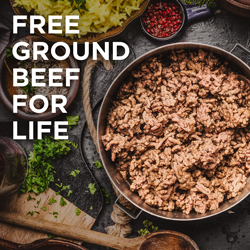